Super Mayhem is a seasonal player-versus-player game mode and variant of the Kingdom Arena introduced in the Interdimensional Super Mayhem update (version 2.2002). In this mode, players set up three teams of Cookies to compete against other players' teams, collecting Trophies to climb up the ranks and earn exclusive rewards.

In this mode, players must create a set of three Cookie teams to battle against other player-created sets of teams unlike Kingdom Arena's single-team system. Teams will enter battle based on the order that the player sets them in; if a team defeats another team, they will move on to fight the next enemy team until only one side is left standing. Winning battles rewards Trophies distinct from those collected in Kingdom Arena; unlike the Arena, however, attacks by other players are not recorded, and they will not decrease one's Trophy amount.

In battle, Cookies will fight as if set on Auto mode. However, battles in Super Mayhem have some key differences from Kingdom Arena:

Players can choose from a list of 5 contenders for their team to battle; the contender list may be refreshed every 30 minutes, with the Kingdom Pass reducing this to 10 minutes, and dropping or going up a Tier or battling all 5 contenders will refresh the list automatically. The list may also be refreshed without waiting for 300

Crystal 3, the enemy's third teams will be fully hidden; on Tier

Diamond 1 onwards, both the second and third teams are hidden instead. On Tier

Master 2 and higher, opponent nicknames and profile pictures will be randomized, while team power and trophy counts will be partially hidden.

Trophies, which determine the player's ranking and Tier, are either earned or lost by winning or losing Super Mayhem matches with the exact number changing based on the number of Trophies the player's opponent has. Unlike the Kingdom Arena, a player does not lose Trophies when their Defense teams are defeated.

Super Mayhem, overall, ranks players using more Trophies than Kingdom Arena does. Most Tiers require 300 Trophies before allowing ascension to the next Tier, with Diamond Tiers requiring 600 Trophies, and Master Tier comparing the player's Trophy amount to all other Master Tier players in the server.

To compete in Super Mayhem, players must spend Mayhem Tickets which replenish at a rate of 1 every hour. Players can only hold up to 8 Mayhem Tickets maximum, but can refill them up to 3 times a day at the cost of 300

In the Frozen Domain season, Snow Elementals join the Cookie teams in battle from the rear, counting as summoned units. They receive both Treasure bonuses and in-battle buffs from Cookies, and will accompany winning teams into the next battle. Additional elementals will spawn at set times, and all elementals will disappear if all Cookies and other summoned units on their side are defeated. 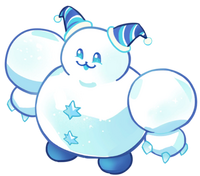 While a Super Mayhem Season is running, a Tier Challenge Event runs alongside it that grants special rewards for reaching Tier milestones. The most notable of these rewards is an exclusive design for the Arena Statue upon reaching