Guilds are a game feature in Cookie Run: Kingdom that focuses on collaboration and comradery amongst players rather than competition. Joining a Guild and working towards common goals with Guildmates provides players with rewards and even Cookies and other items exclusive to the Guild system. Any player can create a Guild at a cost of 500 Crystals.

Guilds were added to the game in the Beacons of Unity update (version 1.2.001) and received an overhauling in the War Under the Shattered Skies update (version 2.6.001).

Guilds have a number of dedicated, special features. 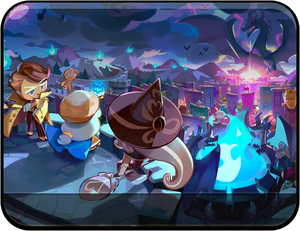 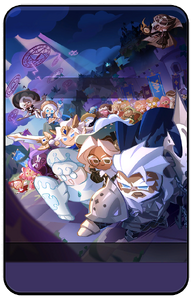 Guild Battles are the main cooperative element of Guilds and are what determine a Guild's rank amongst all others. In this game mode, all Members in a Guild are given the opportunity to work together in battle to chip away at a single Boss's health for rewards.

Cookie Alliance is a seasonal game mode in which each Member gathers five teams of five Cookies to mill through continuous waves of enemies in battle. This game mode is the main method of acquiring Relics to donate to a Member's Guild Museum. 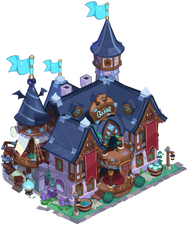 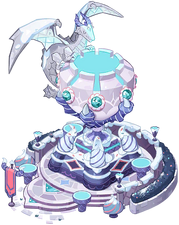 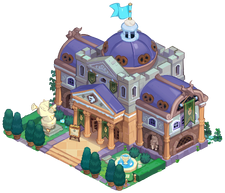 The Beacon of Promise is a Guild's sole method of leveling up, as it is the receptacle through which Flames of Unity and therefore Guild EXP are donated by Members. It is also where Guild Members check in for their daily reward of Coins and Flames of Unity.

The Guild Museum is the expansive home of a Guild's Relics. This three story, multi-exhibited Museum is fully traversable by Members and their Cookie avatars and is curated by Eclair Cookie, who appears as a constant NPC landmark in the building's lobby.

The Guild Grounds is the main hub of a Guild in which all Members' Cookie avatars wander. This area is able to be decorated with most standard Decors by the Guild's appointed Decorator which is also known as "keeper" in game. Placed Decors can be interacted with by Cookie avatars but serve no further purpose besides visual appeal, even if a placed Decor would provide a player with a game buff normally.

The Guild Gacha is the Guild system's exclusive form of Gacha. Players can only draw from the Guild Gacha using Heroic Torches, and can obtain a multitude of different rewards from it that cannot be obtained elsewhere. The most notable exclusive rewards are

Bookseller's Monocle treasure, and the

Insignia of the Indomitable Knights treasure.

Each Guild has its own Level, starting at Level 1. Members can increase the Level by contributing Flames of Unity to the Guild's Beacon of Promise.

Each Level provides certain ATK, DEF, and HP buffs for all Cookies owned by Guild Members. These buffs apply in all areas of the game and are not limited to Guild game modes. The current maximum Level a Guild can reach is 60.

Flames of Unity are the Guilds' exclusive experience-gaining outlet. They come in five different Levels which carry varying amounts of Guild EXP. They can be obtained through Guild Battles, daily Guild check-in, and Guild Gacha.

A Guild can host a maximum of 30 Members including one Leader and one Officer. Members can check in to their Guild once a day for a small reward of Coins and Flames of Unity and to set their Cookie avatar and Message.

As a small method of ranking participants, all Guild Members harbor allotments of Activity Points based on what they do in the Guild and how often. These points are achieved through activities such as Guild Battle.

Typically, the creator of a Guild will be the Leader. The Leader is the main administrator of the Guild, having the ability to change the Guild's name at any time, kick members, add announcements, and place decors on the guild grounds. The Leader is also the one to appoint an Officer and a Keeper.

The Guild Officer is a second-in-command Member selected by the Leader, who is also given permission to kick members and change announcements. Unlike the Leader, the Officer cannot change the name of the Guild.

The Keeper is the only member other than the leader that can place and move decorations in the Guild domain. While any member can buy decorations from the Guild Shop, only the assigned Keeper has special authorization to place them.

Every other participant of the Guild is classified only as a Member and has no special permissions other than inviting privileges. Members can be kicked by a Leader or Officer at any time.